it fell one time too many [my.life] 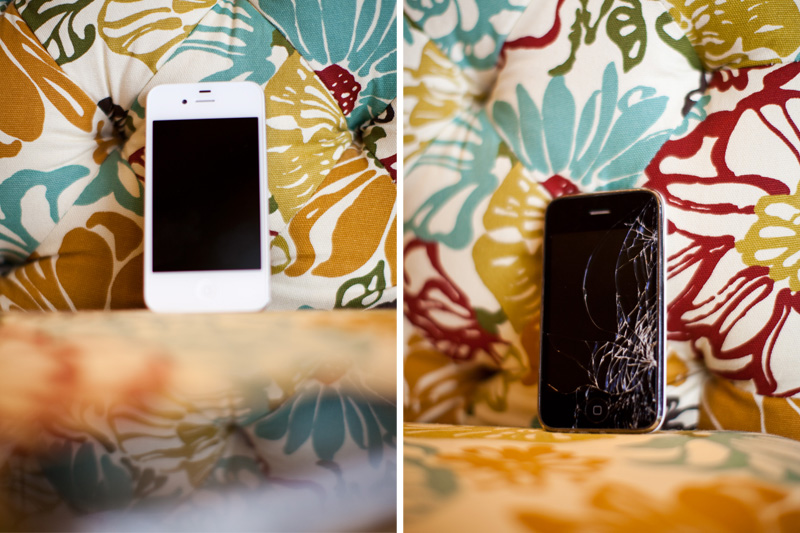 as it dropped out of my pocket at the end of a photo shoot–on wednesday of last week…i saw it laying on the ground with the apple facing up at me (if you don’t understand that all i could see was the back of the phone)…i thought ahhh no big deal it’s happened before i’ll stick it in my pocket and keep rolling…as i picked it up to look at the front what i had feared would happen one day did happen…not just one crack or chip off of the glass…shattered…so much to where you run your finger across it i can feel the glass…lovely…just lovely. oh no big deal…things happen…i didn’t get upset–it’s just a phone. seriously. i am glad the older i get the more i realize that some things really don’t matter in life and don’t get upset…it’s just a phone. i was hoping to just run by the at&t store and pick up a cover or protector just to get me by until i was eligible to upgrade in october. thankfully i walked right in and was met by a smile…i laughed and told them i had a problem…my glass was shattered what could they do…they said i could get an otter box…$50 bucks or she told me about a place in town that replaces iPhone glass…what they didn’t understand is i had to be leaving town in an hour—had a thirty minute drive home…unload…back up pictures from the session….load up my stuff…run by and pick up two friends…eat dinner…change and take a shower…ummmm…looking like an impossibility…right? or is that just me. so she checked on my upgrade and i was actually believe it or not eligible for the upgrade…i was within a four month grace period…i went for it…new 4g white iphone…in my hands…swiped my card…signed my name and ran out the door…made it home but was a little late of being on time…pouring down rainnnnnn…literally it was raining cats and dogs…some how i managed to only be like 10 minutes behind…oh well such is life…soooo the whole mission trip…i had no contacts…nothing so i had random text coming in not having a clue who they were from…who memorizes phone numbers anymore?!?! surely not me…i forgot i had mobile me and could have just synced myself right up but oh well it’s a good thing…i didn’t have time for all that…i think that God knew…seriously…God knew to let me forget about it and focus on what he had for me on the mission trip…focus on serving those around me…focus on the goal for the mission trip…and set aside the earthly things that don’t matter in eternity… 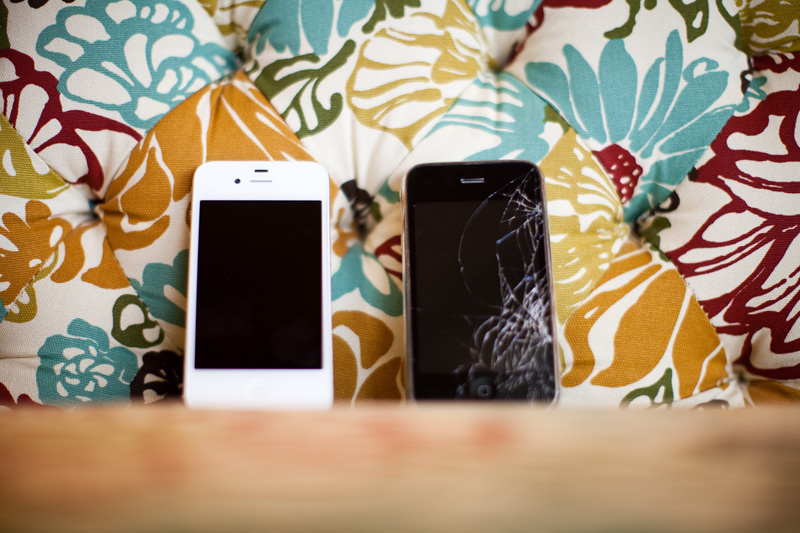 ps do you see the first picture…new phone on the left…see anything unique in that image? can you figure it out???