It’s the anticipated post many of you have been so patiently waiting for…and I [we] thank you for all of that patience!  I think this post is going to be harder than I thought…just trying to collect my thoughts, organize my thoughts, give details and try to give you a glimpse into the personal side of my life…but more importantly give you a glimpse into what a great God we serve and what He’s done for us!

You are going to have to rewind with me, here back to about 4-5 years ago!

As I began my journey in photography and returning from a week long workshop in Olympia Washington…I began a personal blog which incorporated images from my trip and skills I had learned during that week.  As photography was always a passion of mine it was during this time I simply wanted to develop my skill and just learn for my personal work.  I had never imagined or even dreamed of having a photography business.  It seemed like everything in the past that I did as a hobby turned into a business…that’s the entrepreneur coming out in me.  So in my mind I wanted to keep photography as a hobby.  Little to my surprise the more I blogged and the more others were following me, I was getting requests to first shoot a wedding…then before I knew it families were wanting portraits.  I of course obliged and well here I am today.  That’s not why I am blogging though…lets get back on the subject!  The more I blogged and networked with other photographers I began following other photographers who in turn were following me.  One day I saw a comment on my blog from a photographer “Nate and Arancha Photography”.  I had no clue who this was…so my curiosity got to me and I began following them…liking their work and commenting on their blog posts.  All of that simply led into a friendship with Arancha…we would sporadically email one another with photography questions…which soon led into knowing more about her and her little family and how much we had in common.  Fast forward a couple of years….she and her husband were going to Spain as missionaries and were traveling through the area to a nearby church.  Once we figured out how close they were to me we decided to meet up for lunch!  I introduced them to the all famous New Orleans shrimp po-boys!  We had a good lunch…visiting like we had known each other forever.  The following week I was going to be up in North Alabama on my spring break…since Arancha and her family lived in Huntsville, yet again we were so close we had to get together!  This time we decided to swap photography skills and she did some updated portraits for my website and I did some family portraits for them!  We had a good time…yet again like we had known each other forever.  Over the course of the next year-or-so…we still would keep in touch via Facebook, text, email etc.  I loved following their travels over the country as they were raising support to get to the mission field.  I knew they were scheduled to come to my church in December 2012 for our annual missions conference.  I was excited she would be here for a couple of days, giving us time to actually do something together and catch up.  We had a good three-to-four days of getting to do lunch together, again swap photography skills, getting a pedicure and just catching up and enjoying our time together.  This is when Arancha and my sister had a brief conversation about me being single…Arancha simply said “well I have a single 33-year old brother in law!”.  Well that was the topic of discussion for them…although I simply didn’t give it any thought, seeing that in my past “everyone has a single brother”…right?

I knew Arancha and her family would be seeing “this said brother in law” over Christmas and she told my sister they were going to mention it to him.  Again I simply disregarded it and pushed it out of my mind…seeing that yes everyone has a single brother that’s just perfect for me!  Believe me I had heard this line a million and one times, so this time I again knew it would just be another story to laugh about later!  Little to my surprise on Christmas my sister told me she heard from Arancha and this said brother in law wanted to know how he should contact me…I figured as most modern couples, facebook would be the best option…that way when things didn’t turn out he didn’t have all of my personal contact info…plus this gave me an opportunity to actually “snoop” on facebook to see what he was really like.  So the day after Christmas he sent me a short-and-sweet facebook message.  So I took some time trying to find out what I could off of his Facebook page and well that wasn’t too successful seeing he never was on facebook nor did he ever post anything!!!!!  So that didn’t do me a lot of good…I knew now I really had to just write this guy to get to know him…which part of me liked because then I knew he wasn’t wasting his life away on facebook!!  From his perspective:: all he sees is a picture of this girl who lives in Mississippi…what is he supposed to do with this…how is he going to really get to know this girl who lives so far away…his only choice was to initially write/call/email etc.

Over the course of the next few weeks we began to write once a day…which turned into twice a day…which sometimes was three times a day…he asked for my number…I gave it but no phone call came…I was kind of wondering what was up with that.  Little to my surprise he was the first to call me the morning of my birthday.  What a shock and surprise!  Come to find out he had been waiting for that day to make our first phone call a special one…we actually ended up playing phone tag that day after many voicemails…but it was good to finally actually hear his voice and put some personality into those letters we had been writing!  During our “writing” weeks we enjoyed it because not only were we finding out how much we had in common…we were able to ask so many real life and important questions with the freedom to answer them honestly  without feeling as though we were invading or hurting feelings.  It was a time we could truly find out where we both stood with our values, our out look on life, our goals, our future, our morals etc.

We knew it was time for an initial lets meet face-to-face…in person and see where this is going to actually take us.  We began comparing calendars and his break in February he had to actually work the whole week [more to come in a few paragraphs with more about him!].  He didn’t have off the week I had off in March for Spring break and his spring break wasn’t until April.  So we knew this was about eight weeks away but it was really our only option.  We both kind of were anxious and wondered how we could make this work sooner…at the time we didn’t understand why we couldn’t work this time frame out but little to our surprise God had it worked out…and that statement will make more sense as I continue writing.

For now…I feel as though I should stop and let you know a little more about HIM!  Bern is from Maine where he was raised and is the oldest of five, raised in a Christian home, saved at the age of 12 years old…he went to college and graduated from Pensacola Christian College with a degree in mechanical engineering…after graduating and searching for a job he applied for an over-seas position in Afghanistan.  After working there for a few years he decided it was time to come back to the states and work.  He naturally went back to Maine where he was from and his family was…he then got an engineering job in Bangor where he worked for another few years.  He had always wanted to teach and an opportunity came available to work at an International Boarding School in Lee, Maine.  A small town where his family was originally from and where his grandparents were currently still living there.  So he decided to “retire” from engineering and jump into teaching physics and chemistry.  Over the past three to fours years he has been there teaching…settling into the small town life, buying a house and serving in his local church in any capacity that was needed.  He knew this was a time of learning to wait on the Lord and being content where he had him.  He knew God knew where he was, what he needed and when he needed it.

During these past few years that he was settling down in Maine…God was on my end teaching me the same lessons of being content in the Lord, where he has me because God knows where I am at, what I need and when I need.  During my teen years I had made a commitment to not just date around for the sake of dating and wasting my years on putting priority on that.  Instead I wanted to serve the Lord to my capacity along side my family and church family.  It was these years I had the opportunity to go on mission trips, follow my passions of music and photography, build relationships with friends, travel many places and I have no regrets of following the Lord during these years of life.  Were there struggles not knowing where or when the right guy might come along?  Why yes…were there hard days/times?  Why yes…were there times I wanted to give up and take matters into my own hands?  Why yes!  Were there times I doubted God? Why yes but He was faithful to continue confirming to me His love for me and interest in giving me the best.  There were so many times during my devotions God would give me a promise or a verse to cling to, that would get me through…or He would send a dear friend along to encourage me.  As I was approaching the dreaded big 3-0 birthday…it has turned out to be the best ever!

To…be…continued….  but I will leave you with one picture from his first visit in April, where we took my nieces out on an adventure! 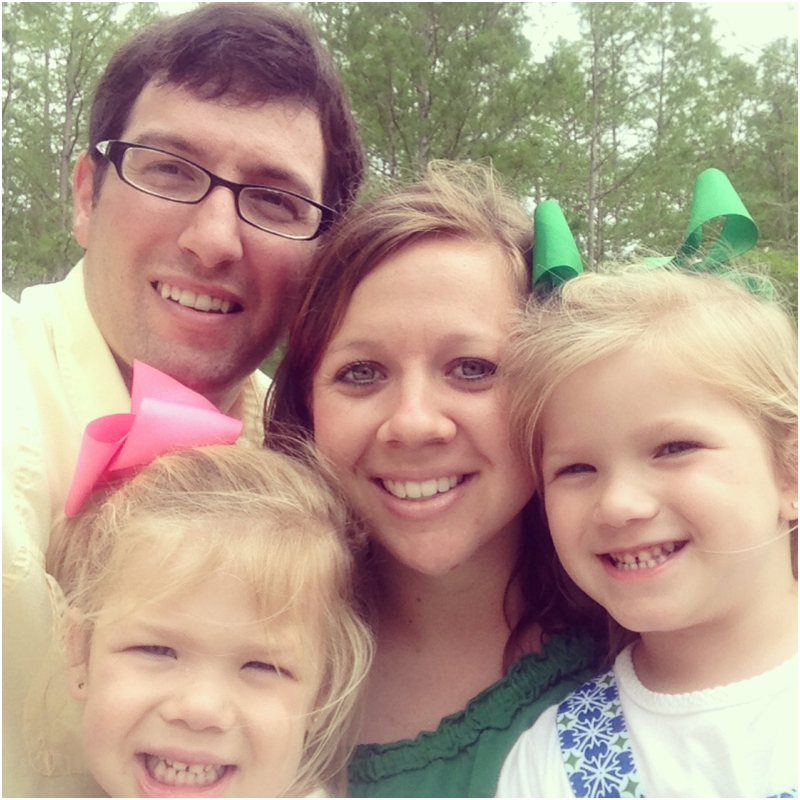